New Venezuela’s Cryptocurrency will be secured by gold 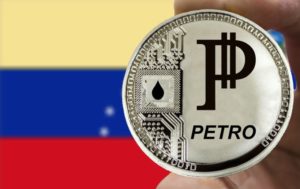 Venezuela plans to release another Cryptocurrency, Petro gold, this week, which will be secured by gold. Last week, the country successfully launched the sale of tokens, confirmed by oil reserves. Previously, Venezuela planned to launch its own Petro, provided with oil, gas, gold and diamonds, Interfax reports. “I’m going to launch Petro gold, secured with gold, and its power will strengthen Petro,” President Nicolae Maduro said. It is not yet clear whether it is the gold reserves of the Venezuelan Central Bank or the undeveloped precious metal deposits, local media reported. As reported, Venezuela last week collected bids for $ 735 million on the first day of pre-sale petroleum Petro. Investors have the opportunity to buy Petro until March 19, at the first stage it is planned to sell 38.4 million tokens. Further on March 20, ICO will start another 44 million Petro, local media reported. At the same time, 17.6 million tokens from the declared volume of 100 million will remain in reserve from the state. In an effort to bypass the financial sanctions imposed on it by the United States and the European Union, Venezuela became the first country in the world with its own Cryptocurrency. According to local media, President N. Maduro hopes for interest from investors from Qatar, Turkey and other countries of the Middle East. According to his plans, Petro can be used to obtain real currency and to pay for suppliers. According to the president, 100 million tokens worth $ 6 billion will be issued, despite the fact that the opposition-controlled parliament of Venezuela declared Petro illegal. According to the legislation of the country, the parliament must approve any state loans. The price of petro corresponds to the cost of one barrel of Venezuelan oil, that is, $ 60 at the moment, but will be adjusted depending on fluctuations in the markets. Unlike the vast majority of others, Petro’s Cryptocurrency provides a real asset – 5 billion barrels of oil in the Ayacucho field in the oil belt of the Orinoco River. The Venezuelan authorities expect that their own Cryptocurrency will allow them to successfully attract financial resources from abroad. Venezuela for many years is in a difficult economic situation. There are disruptions in the country with energy supplies, a shortage of essential goods and a strong price increase. Lack of foreign currency caused a strong drop in imports, including food. The US imposed economic sanctions against this country for persecuting opposition representatives. The largest rating agencies lowered the ratings of Venezuela to the default level after the country missed a number of payments on state debt.