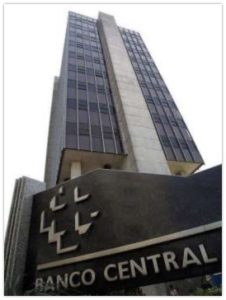 Brazil could soon have a new blockchain platform to ensure the authenticity of information exchanged between the country’s financial authorities.

Brazil’s central bank, Banco Central do Brasil (BCB), announced Tuesday that it has built the platform in order to allow secure data sharing between itself and other domestic financial regulators, such as the country’s Superintendency of Private Insurance (SUSEP), the Brazilian Securities and Exchange Commission (CVM) and National Superintendency of Complementary Pensions (PREVIC).

In its release, BCB credits blockchain technology for its ability to provide a horizontal network of information, as well as immutable data storage.

The platform, dubbed “Pier,” will be used to exchange data associated with the authorization processes of financial institutions, including punitive processes, administrator performance and the management of corporate entities regulated by the central bank.

By integrating blockchain technology, Pier is said to eliminate the hierarchical nature of traditional business models and assist regulators in bypassing centralized entities when communicating. Furthermore, it would help prevent third parties tampering with the information, as the platform stores every data request using cryptographic signatures, the release says.

Despite having previously likened bitcoin to a pyramid scheme, Banco Central do Brasil has been enthusiastically experimenting with blockchain in the last year.

The central bank told CoinDesk in November 2017 that it was restarting work with the latest iteration of R3’s Corda distributed ledger platform, having halted development because the older technology had been considered too “immature.”

While it is not clear from the data provided which blockchain Pier is based on, the BCB said in the November interview that it was also developing proofs-of-concept on four platforms – ethereum, JPMorgan’s Quorum and Hyperledger Fabric, alongside Corda.

Pier started development with technical assistance from the Department of Informatics (deINF) at the Federal University of Maranhão in August 2017, as per the release. It is currently undergoing testing at deINF to smooth out any technical issues before an eventual launch planned for the end of 2018.