Why is UK one the most popular blockchain location? 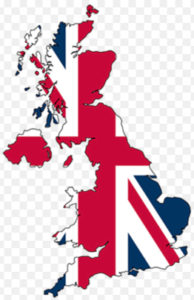 Great Britain has long been a “classic offshore” with low tax rates and excellent conditions for doing business: a developed banking system, the existence of large stock exchanges and so on. The UK is good for setting up a holding company, but the release of tokens in the course of the ICO is still better conducted in more suitable jurisdictions, for example, the Cayman Islands or the British Virgin Islands. But first things first.

The UK is one of the leaders in the development of block projects and crypto currency, and one of the most favorable and convenient jurisdictions for conducting crypto-currency business. This is also confirmed by the report of the Atomico venture fund. The state openly supports start-ups that are associated with digital currencies. In addition, the United Kingdom has a well-developed banking and financial sector, as well as all necessary infrastructure for a comfortable business.

Despite the general support of the ideas of implementing blockade and crypto-currencies in the life of the state and citizens, the final position of regulators on the legal aspects of activities related to crypto-currencies has not yet been worked out. In fact, the crypto currency is in the gray zone, i.e. in a legal vacuum. For this reason, there is a possibility of introducing a special regulation, which can play against companies that have chosen the United Kingdom for ICO.

Often, British companies are used as project headquarters or have only service companies there, and the release of tokens is carried out in more “favorable” jurisdictions such as the Cayman Islands, the British Virgin Islands, Switzerland or Singapore.

In the period from 2014 to 2017, the Financial Regulations Authority of the United Kingdom (the FCA) affirmed with its statements that bitcoin is not a currency, but it is not also money (most likely, in the sense of “means of payment”), therefore the crypto currency can in no way be regulated by UK financial law.

For example, the Electronic Money Regulations (EMR 2011) states that crypto currency is not “electronic money”, since its emission is not centralized. In this regard, the relevant authorities do not have the authority to regulate crypto-currencies. Crypto currency is also not a “value” in accordance with the Payment Services Regulations 2009 (PSR 2009) and, according to this document, it is not a banknote, a coin, electronic money or other monetary units (scriptural money).

Thus, the UK’s crypto currency is currently still considered a unique combination of numbers, which is derived from complex mathematical calculations and algorithms. Therefore, bitcoin and other crypto-currencies are not subject to the Law on Countering the Legalization of Proceeds Derived Illegally (The Money Laundering Regulations 2007, hereinafter referred to as MLR 2007), as well as other provisions of UK financial legislation.

FCA also created a program called Innovation Hub. Its participants may be crypto-currency companies that receive free consultations on the legal regulation of their current or future activities. Before starting their business, companies can test their business model for compliance with current legislation. Participants in the Innovation Hub program have the right to carry out activities without obtaining the necessary licenses and preliminary registration with government authorities.

In addition, companies are turning to the FCA for legal advice on the regulation of cryptocurrency in the UK. In most cases, the FCA reports that the crypto currency and related issues are not settled, and therefore issues related to regulation go beyond the competence of the FCA. That is why in the UK there was a specific situation in which, in the presence of rules and explanations and the absence of regulations on the legal status of tokens, crypto-exchange companies try to adhere to any rules that can be applied to the ICO as much as possible.